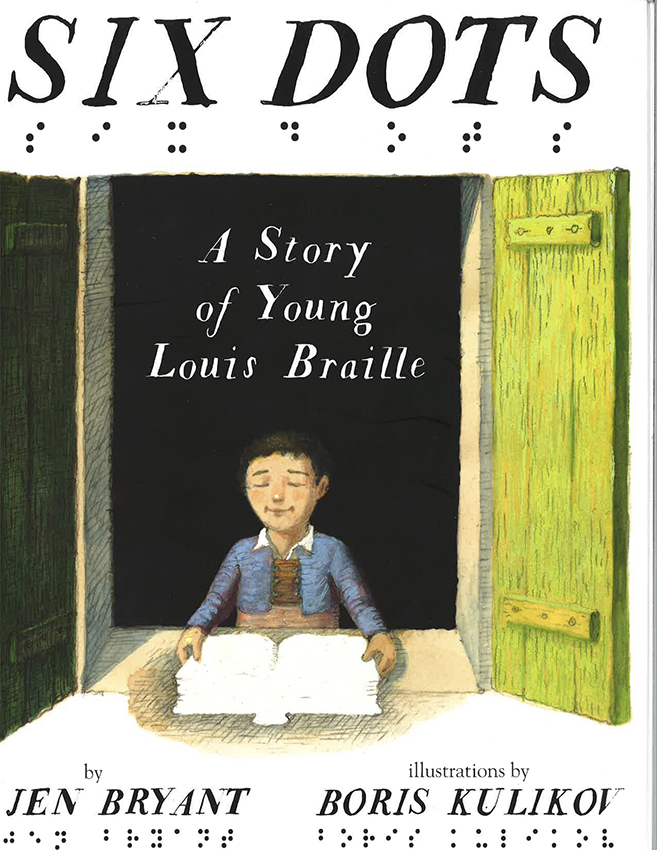 Illustrations in Kulikov’s signature style, light-hearted with a touch of tartness, deftly toggle between sun-washed scenes in which the world views Louis and blackened scenes in which Louis recreates the world he sees in his mind.
– The Bulletin of the Center for Children’s Books Reviews July/August 2016

Kulikov’s mixed-media artwork mirrors and magnifies the text, keeping the spotlight solidly on young Braille and his world as he moves through it.
– School Library Journal, September 2016

Six Dots is one of Amazon’s best of the month September!

Since 1995 we have been representing artists with a unique range of styles from around the world.

We excel in delivering quality results in a timely and cost-effective way.

Please send your requests for samples and portfolios.

I’m looking forward to hearing from you soon.

Thank you for visiting.

All images are copyrighted. Please contact us for legal use of the images.